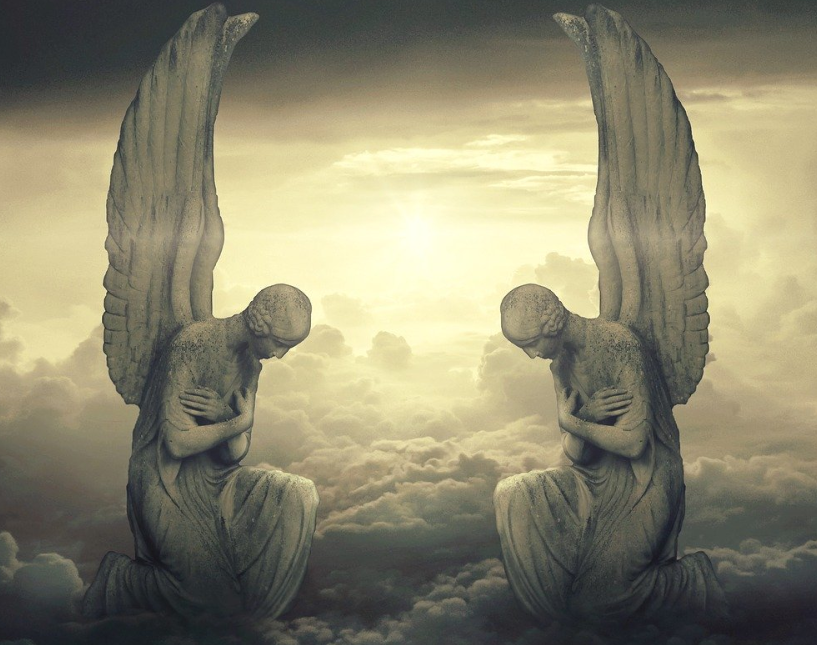 This post is an unplanned one. I initially did not think of this when I had the idea to start this blog. However, after the experience I had with death, God, and His angels, I felt obligated to share it and make it a permanent part of this blog.

Testimony Time will be where I share and also allow others to be a witness for the grace and glory of the great God we serve.  A large part of our walk with Jesus is about reaching back and strengthening our sisters and brothers with the power of our testimony.

In this amazing story, God blew my mind, so how can I not tell it?  Today, I want to share with you my first Testimony Time and hopefully convey to you, if you don’t already know, just how great, amazing, and all that our God really is.

On a cold, rainy Sunday morning, my daughter and I had just left Savannah from visiting family. I was dreading that 3.5 hour drive back home to Atlanta, especially in the rain.  At first, the weather wasn’t bad, but the farther we traveled down I-16, the rain began to pick up.

Pouring hard against the earth, the large cool drops started to affect visibility on the road, so I set my wipers to its highest setting, slowed my cruise control down to 60mph, and journeyed on.

As cars whipped past me on the slick, wet pavement, the road started to feel rocky and unstable underneath me. My tires were wobbling as if they were about to fall off.  Something wasn’t right.  I tapped the brakes and put both hands on the wheel to see if that would balance out my ride, but the road got rockier.

I looked over at my sleeping child and said to myself, what the heck is going on!  Not even two seconds after I said that, my car started sliding and then spinning.  It was spinning around and around as if we were in a tornado. My daughter woke up screaming as I frantically pressed on the brake to stop the car.  It didn’t stop.  The spinning got faster and faster and we spun off the road into the grassy field that was just to the left of me seconds earlier.

While my car was spiraling out of control, I just knew this was how me and my daughter were going to die. I was expecting it to flip next, but I reacted instead. Doing the only logical thing I could think to do, I pushed the clutch in park and the car immediately stopped.

It took me a minute to process what had just happened and get myself together.  I thought we’d be pretty banged up, but neither of us was injured.  I got out of the car and saw that we’d landed in a shallow ditch filled with thick mud and water.  The car was still running and there was no damage to the body, but the tires were stuck in the mud.   One of them had blown out and caused us to hydroplane.

I had no idea what to do next.  Cars were passing us by like we were invisible.  I figured I’d better call Geico, but as soon as I started to dial, a dark green truck stopped and two white men got out.  One was older and the other younger, maybe a father and son.  They crossed the road and came down the hill to the ditch where we were stranded and asked if we were OK.

They immediately offered their assistance, trying their best to get the car out of that miry clay, but it wouldn’t budge.  We were in need of a strap and chain to pull the car up, but they had neither on their truck.

Flying up the road, we saw the flashing blue lights of a policeman in a black SUV coming toward us. Unfortunately, he didn’t have the tools either.  The two men assured me not to worry, that they would get us out of that ditch.

It started pouring rain again and the younger man left while the older one kept trying to move the car. The situation looked bleak. I figured I better go ahead and call some family since we weren’t too far from Savannah.

After a few minutes, the younger man returned with snacks for my daughter and the strap and chain. Their truck didn’t have 4-wheel drive but the officer’s SUV did so they used it to pull my car up. I couldn’t believe my eyes. I was witnessing angels at work.  Miraculously, they got that car out and back on the road.

The two men told me to get in and drive to the next exit.  They were going to follow me to make sure everything was OK but we didn’t get far. As soon as I started driving, the tire went flat. They got back out, and changed the flat with the spare.

By that time, my sister had arrived but the two men had already taken care of everything.  To say I was grateful isn’t an accurate description of how I felt.  I even tried to pay them, but they wouldn’t take it.  Overwhelmed, I couldn’t fight back the tears as I thanked them for being the angels they were to me that morning.  The older man just stared at me and didn’t speak a word.

They agreed to follow us to the next exit to make sure we got along okay.  They let my sister and I go ahead of them while they tailed closely behind.   I turned into the gas station first, my sister behind me.  When I got out of my car, I didn’t see the men.  I asked my sister, “where’d the men go?”  but they were gone! I saw them in my rear-view mirror just seconds earlier, but it was like they vanished.  I never even had the chance to get their names.

It reminded me of a scene out of the 90s show, Touched by an Angel where the angels came, completed a mission, and then vanished.  It wasn’t until they were gone that I realized I had been in the presence of angels. Angels in human form. I believe God sent them as a reminder to me that He sees, He cares, and He provides. You never know when you may come in contact with an angel of the Lord.

“For he will command his angels concerning you to guard you in all your ways.”

My daughter and I were blessed.  We survived something that would’ve taken other people out.  The enemy tried to kill us, but God blocked it.  The weapon was formed, but it did not prosper.

This is a real story y’all, no fluff, no lies, embellishments, or exaggerations. All true. I wrote this not just to tell of God’s goodness to those who may not believe miracles still happen, but to encourage others to see if the devil tried to kill you and you survived, it’s because you have something of value that God wants to give to the world through you.

If he tried to kill you, it’s not about anything you did, but what you have yet to do. The enemy only tries to kill what he knows is a threat to his agenda.  However, he cannot kill what God has anointed to live.

If you are skeptical, believe because God is real and He cares about whatever you’re going through.   If He would spare us the demise intended from a demonic attack, bring us out unscathed, and send angels to help pull us out of the miry clay, just imagine what He would do for you.  A good father always comes through when his children are in need.  That’s who He is.  He sees, He cares, and He provides.

Have you had an encounter with an angel? Tell us about it below in the comments.

Don't Invite Child Abuse In: 4 Tips to Protect Your Kids

Focus on God: 4 Tips for Keeping Your Eyes Forward 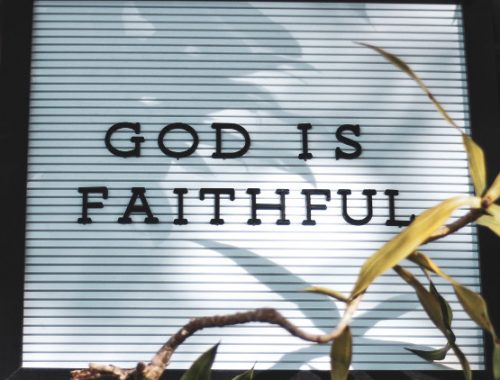 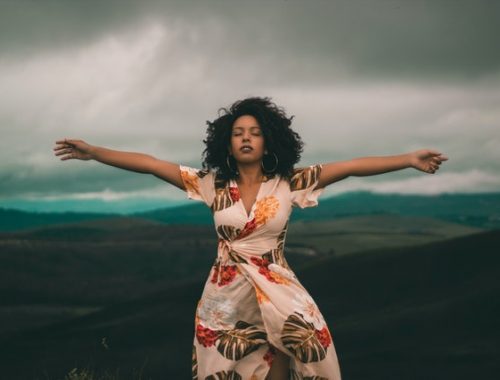