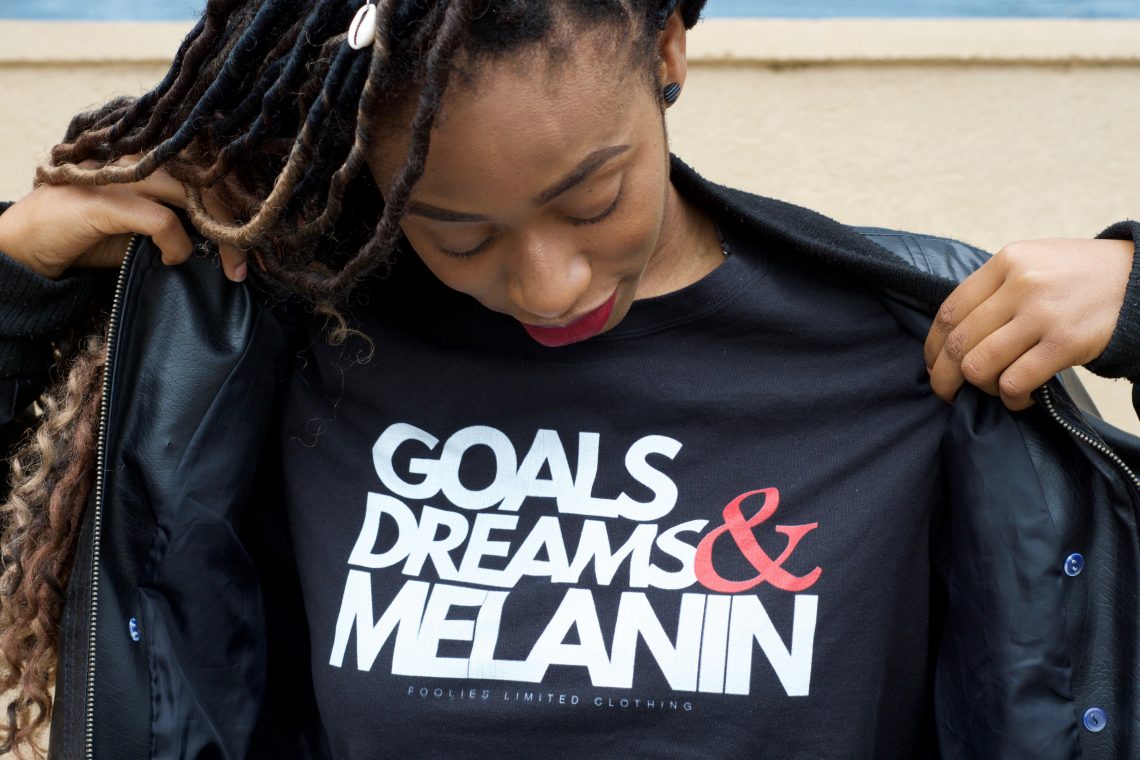 Has God given you a 2020 vision and says it will come to pass, yet everything around you says otherwise?  According to (Habakkuk 2:3 EASY) God said,

“What I will show you must wait for the proper time.  But at that time, it will happen.  It will happen as I have said.  It may not happen for a long time but wait for it.  It will certainly happen, and it will not be late.“

One of my favorite stories from the Bible is from Genesis 37 about Joseph, his brothers, and his God-given dream. Joseph was 17 years old when God gave him two visions. He dreamed that he’d be ruler in Egypt and all his brothers would bow down to him.  When he told them his dream, his brothers hated him for it.

They hated him so much, they sold him into slavery, and he ended up a servant in the house of one of Pharaoh’s officers, Potiphar.  Joseph worked in Potiphar’s house for some time and was so pleasing, that he was given authority over the entire household.

Everything was going so well for Joseph, that is until Potiphar’s wife tried to make Joseph her side dude. Joseph being of noble character, refused her advances and in retaliation, she lied on him claiming he tried to sleep with her instead of the other way around.

Angry, Potiphar threw Joseph in jail. This was enough to make anyone go insane, but Joseph prospered even in the prison because God was with him. The warden liked Joseph so much that he gave Joseph authority over all the people in the prison.

In jail, Joseph began interpreting the dreams and visions of the other inmates and gained a reputation for doing so. When Pharaoh had a dream of famine striking the land, no one could interpret it.  He’d heard about Joseph being a dream interpreter and sent for him. God will cause people in high places to send for you when you operate in your gift.

After interpreting Pharaoh’s dream, Joseph gained favor with Pharaoh. In Joseph, he recognized God and gave him authority in his palace, only ranking second to Pharaoh himself. 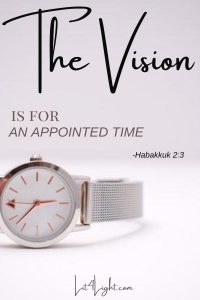 Joseph’s vision had come to pass, and he was 30 years old when Pharaoh made him a ruler in Egypt. When the famine in the land struck, Joseph’s brothers traveled to Egypt in search of food.

They eventually came face-to-face with the brother they’d sold into slavery years earlier who was now in a powerful position. Just as it was revealed in Joseph’s dream, they bowed down to him, but Joseph didn’t hold a grudge nor his position over their heads.

Instead, he welcomed them, fed them, and treated them with kindness saying, you intended to harm me, but God intended it for good (Genesis 50:20, NIV). Joseph’s story is an amazing one of how God will lead you on the path to destiny and dream fulfillment if you don’t get caught up in what happens on the way there.

There are 6 lessons I learned from Joseph’s story about how to protect and fulfill your God-given dreams. I want to talk to dreamers and visionaries that are ready to make the journey to fulfilling their dreams and 2020 vision.

1.  Keep your mouth shut about your dreams.

You can’t tell everything to everybody because people will either try to take your dream and make it their own, talk you out of it, or hate you for having it. As we saw from Joseph’s story, it was his own brothers who hated and turned on him because of his dreams so don’t be shocked if the ones closest to you are the most envious. When people don’t have your “2020” vision, they can’t see nor understand what you do.

Scripture says, don’t let your left hand know what your right hand is doing. So do yourself a favor, and keep your dream between you and God until it is time to reveal it. Instead of telling folks, just show them.  In quietness and confidence is your strength (Isaiah 30:15, NLT).

Joseph was 17 when he received the vision for his life and 30 when it eventually came to pass. It took 13 years for it to manifest.  God will often show you the end result, but not what happens in between. He’s vague on details and it will be a process to getting there. You just have to keep the end in mind and trust the process even if the end seems like it’ll never come.

3. Your current circumstances are not indicative of your final destination. 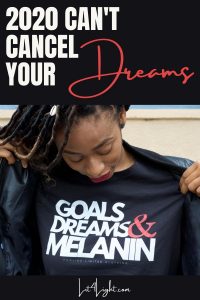 Before Tyler Perry was Tyler Perry, he was Emmitt.  He often tells the story of how it took him years of bad decisions, setbacks, and disappointments before his dreams began to come to fruition. I can remember meeting him nearly 20 years ago before he made his first movie, walking the streets of Savannah in the Savannah State University homecoming parade promoting himself and his brand trying to fulfill his dreams.

Tyler Perry went from walking parades to owning his own studio that resembles a whole city in the city where he started it all.  Similarly, Joseph went from being sold into slavery to having authority in Potiphar’s house to being lied on and thrown in prison before he saw the vision God gave him become a reality. He could’ve gotten discouraged while he was enslaved or become dejected after being thrown in prison, but he continued to press his way forward in spite of his current circumstances.

Just like Joseph, and even Tyler, many things may happen on the way to your destiny, but what is happening doesn’t mean what God showed or told you isn’t going to happen.

4.  God will give you favor even in the low place.

Even though Joseph was enslaved, God was with him. God favored him in Potiphar’s house and even in the prison and caused the people around Joseph to show him favor as well. In pursuit of a dream, before we reach the high places, we will be confronted by and tested in the low places. Just because you’re down and in trying times doesn’t mean God’s hand isn’t upon your life.

5.  Every experience you have prepares you for your place of promotion.

If you examine Joseph’s story a bit closer, you will see that God had been preparing him to rule little by little.  He went from slavery to having authority over Potiphar’s house, to prison, then ruling over the prison.  Each low level experience gave him the training necessary for his highest position. The prison prepared him for the vision. As it says in Zechariah 4:10, do not despise your small beginnings, they are preparing you for your future.

6. God will cause everything to work out for your good.

After Joseph’s vision manifested, and he came face-to-face with his brothers again, he told them, you meant it for evil, but God made it good.  Everything may not look good at the moment, but it will all fit into a unique pattern for your good when it’s complete.  He who began a good work in you will carry it on to completion (Philippians 1:6, NIV).

If you have a dream, chase it. Got a 2020 vision for your life? Make it your reality. Don’t let what you can see make you abort what you have yet to see.

No pandemic, recession, or other demonic attack can cancel what God has appointed for your life. All dreams will encounter discouragement, doubt, and delay, but remember what God said and showed you in the beginning.

Your beginnings will seem humble, so prosperous will your future be (Job 8:7, NIV). Dreams do come true, but the enemy will not let you have it without a fight. It’s up to you to press through to the other side. I challenge you, bring to light what God revealed to you in the dark. Watch Him transform your life and make your 2020 vision come to pass.

Release the Past and Embrace the Future: 3 Reasons to Let It Go

Don't Be Dejected by Rejection: 4 Reasons God Says No 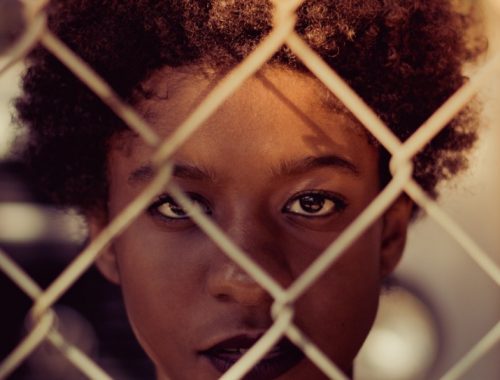 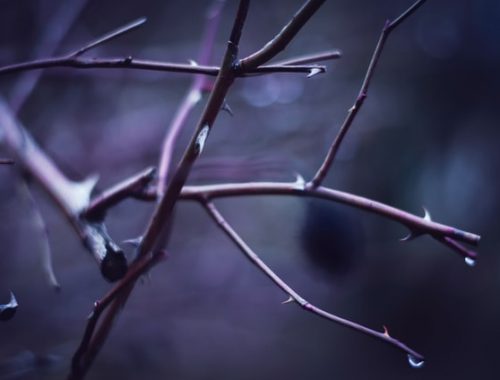 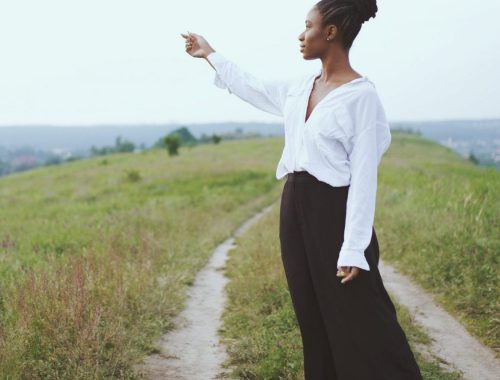 Release the Past and Embrace the Future: 3 Reasons to Let It Go